At the end of every academic year, our community gathers to honor students, faculty and staff at the University Awards Convocation. Of the many awards presented during the ceremony, two are reserved for members of the graduating class who excelled as leaders, scholars and artists during their time at DePauw. Our 2020 winners will be announced during the Virtual Recognition and Conferral of Degrees on May 17.

The Walker Cup is awarded each year to the graduating senior who has done the most for DePauw University during their college career. The prize was established in 1926 by a gift from Guy Morrison Walker, Class of 1890, a successful businessman and presidential advisor. Traditionally, the Walker Cup recipient speaks at commencement. 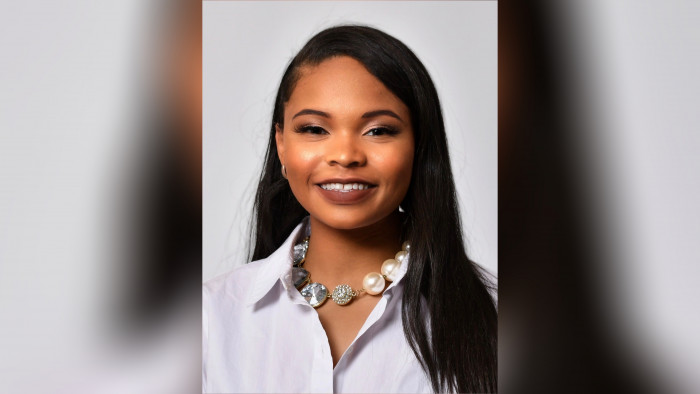 At-a-glance: The founder of the student organization “S.o.C.i.S.,” also known as Students of Color in STEM, Brittany Davis initiated efforts addressing the lack of underrepresented identities within STEM fields at DePauw and elsewhere.  This Science Research Fellow and an Information Technology Associate (ITAP) worked with a psychological research team conducting focus group research exploring the experiences of international students, domestic students of color, and first generation students in science and math classes – work used in campus improvements to ensure STEM inclusivity. A neuroscience and global health double major on a pre-medical science track, with minors in Spanish, biology and chemistry, Brittany is a Fund II Foundation STEM Scholar and a Justin and Darrianne Christian Technology Scholar through the United Negro College Fund. Ms. Davis plans to pursue an M.D.-Ph.D. program so she might serve globally as a medical research physician. 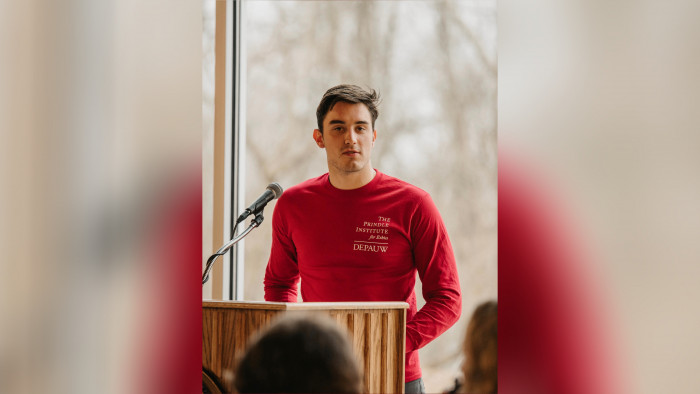 At-a-glance: As a first-year student, Luka Ignac initiated DePauw’s Model United Nations Club and served as the club’s president, leading the University’s first delegation to the American Model UN. Mr. Ignac also served as president of the DePauw Chapter of European Horizons, a transatlantic youth think-tank based at Yale University. With double majors in political science and French and minoring in peace and conflict studies, he was inducted into Phi Beta Kappa Honor Society as a junior and named to Pi Sigma Alpha, the national political science honor society, that same year. Notably, Luka also completed the United Nations (UN) Diplomacy Academy organized by the Croatian Ministry of Foreign and European Affairs and the Croatian Society for the UN. In coming months, he will join Georgetown University’s Master of German and European Affairs program as one of five transformational global public service leaders on a prestigious McHenry Fellowship. 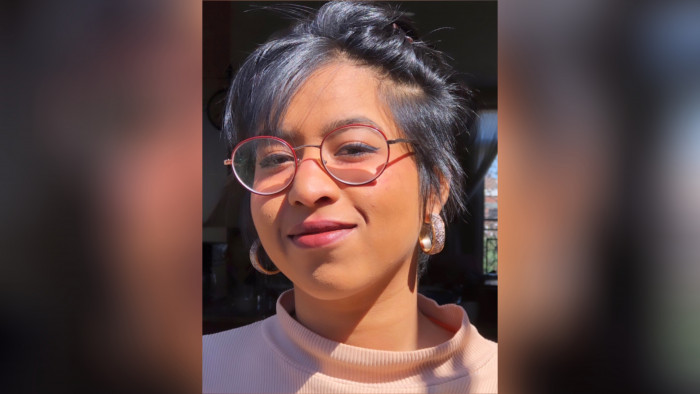 At-a-glance: Summer Pappachen is a scholar and organizer from Chicago. Through her studies and accolades, she has spent the last four years trying to better our small community here at DePauw University. But at heart, Summer is a political organizer. Whether as an activist or Student Body President, Summer has always fought for the interests of marginalized identities. Summer’s proudest moments on campus have been founding and leading the active and energetic student group, the Democratic Socialists of DePauw. Her passion, righteousness, and sense of justice and clarity have been unwavering in this effort and have made a lasting impact on our campus environment. After graduation, Summer aims to attend graduate school in Philosophy or Social Thought, and to earn her PhD. She wants to follow in the footsteps of the faculty who have guided her over the years to become the strong woman she is, and hopes to become a professor and activist. 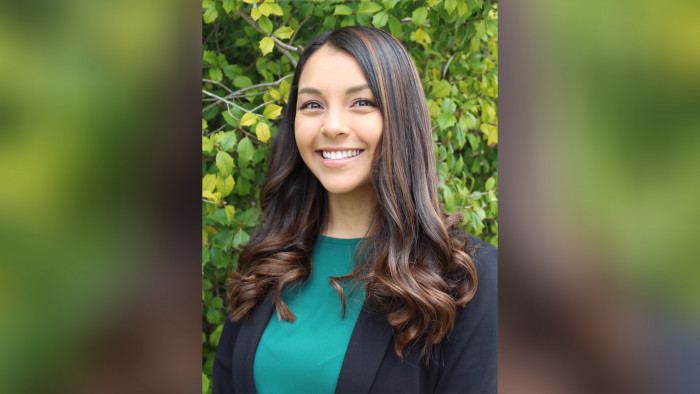 At-a-glance: Brenda Rodriguez is a psychology and global health double major and Spanish minor from Anderson, Indiana. Brenda’s academic drive is demonstrated through her consistent Dean’s List honors as well as being named president of Psi Chi, The International Honor Society in Psychology.  Brenda serves as senior intern and former class chair of the Bonner Scholar Program. She has aspired to bridge the DePauw and Greencastle communities by volunteering with Family Support Services, Operation Life, Grounded, Tzouanakis Intermediate School, and Beyond Homeless. Upon graduation, Brenda will be moving to Chicago to pursue a consulting career at West Monroe Partners. As a first-generation scholar, Brenda is humbled by the unforgettable experiences and relationships she has built at DePauw that have endorsed her academic and professional growth.

The Ferid Murad Medal recognizes the senior who has had the most significant scholarly and/or artistic achievements during his or her time at DePauw. The award is named after DePauw graduate and Nobel laureate Dr. Ferid Murad, class of 1958. In 1998, Dr. Murad received the Nobel Prize in Medicine for his discovery of the role of nitric oxide in the cardiovascular system, which led to changes in treatment following a heart attack. 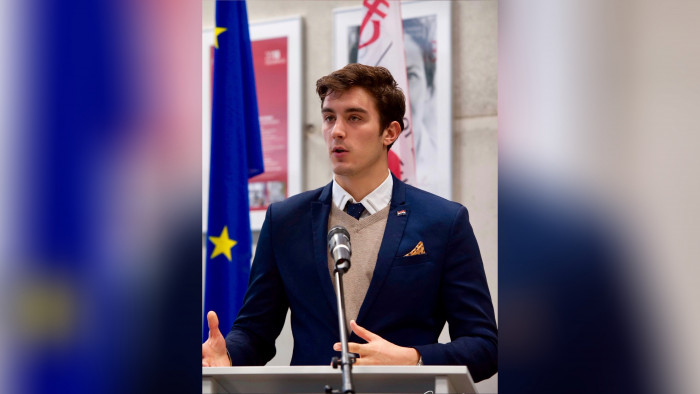 At-a-glance: Luka Ignac is an international student from Croatia with majors in Political Science and French, and a minor in Peace and Conflict Studies. In addition to being a staple on Dean’s List, Luka is a Vera Scholar, a Presidential Ambassador, and a member of Phi Beta Kappa and Pi Sigma Alpha. He is also a recipient of both the Richard Bunch Award for Best Junior in Political Science and the Ambassador Viron P. Vaky Award for Inter-American Relations. In addition, Luka is an alumnus of Clinton Global University, Benjamin Franklin Transatlantic Fellowship, One Young World Summit, and the Global-In-Fellowship. In the fall of 2020, Luka will attend Georgetown University’s Master of German and European Affairs program as one of five transformational global public service leaders on a prestigious McHenry Fellowship. 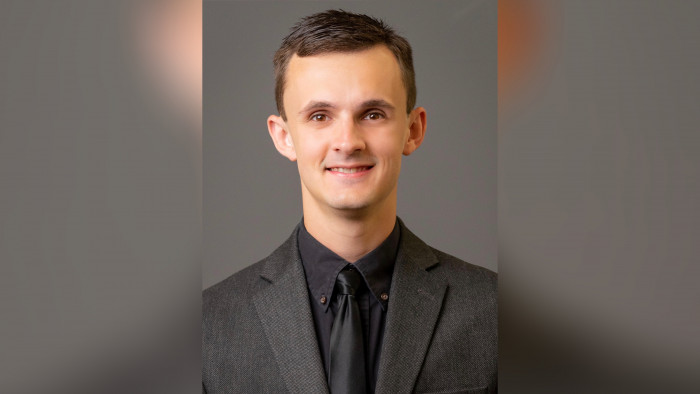 At-a-glance: Zachary Wilkerson is a computer science and physics double-major from Greencastle, Indiana. Zach is a Lilly Endowment Community Scholar, Presidential Ambassador, Rector Scholar, Science Research Fellow, and Information Technology Associates Program associate. Early on in his DePauw career, Zach discovered a passion for research that not only spanned a broad array of disciplines, but that also has led to publications in peer-reviewed journals and presentations at national conferences. For example, he helped design payload circuits and data collection algorithms for extended physics radiation experiments to investigate potential long-term patterns or fluctuations in the location of the Pfotzer Maximum in the upper stratosphere using weather balloons. After graduation, he will attend Indiana University or Purdue University to pursue a PhD in computer science. 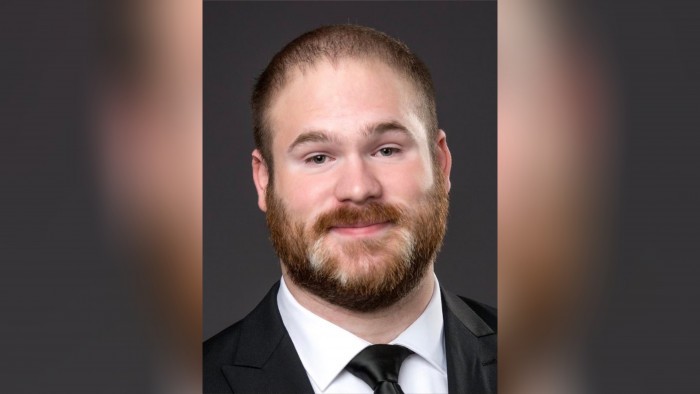 At-a-glance: John Cotton, from Goshen Indiana, is pursuing the B.M. in Vocal Performance and the B.A. in Computer Science by way of DePauw’s five-year double degree program. He has won two Encouragement Awards at the Metropolitan Opera National Council Auditions, which is a significant achievement in its own right. However, this year, he was also a winner in the Indiana District Metropolitan Opera National Council Auditions. The only undergraduate student chosen as a winner, he then competed at the Central Region Finals in Chicago, where he competed with ten other district winners (including a 2013 DePauw alum) and was awarded 2nd Place. After graduating from DePauw, John plans to pursue the Master of Music degree in Vocal Performance and Opera.