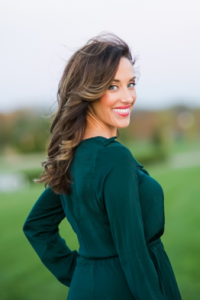 Nicole is a 4-time Emmy Award winner with more than a decade of experience as a journalist, communications, and social media expert. Most recently, Nicole was the anchor for CBS4 This Morning (WTTV) in Indianapolis owned by Tribune. Nicole first joined Tribune (FOX59/CBS4) in June 2014 to launch & anchor a brand-new newscast, FOX59 NewsPoint at 11PM. Before working at CBS4/FOX59, Nicole worked at WTHR, WLEX & Indiana's NewsCenter.

With a strong focus on the community and motivational communication, Nicole started the #SkinBabe initiative in 2018 to encourage women to commit to taking care of themselves by focusing on their skin, body and mind for overall health and wellness. #SkinBabeSunday is a discussion series moderated by Nicole Pence Becker with events in the greater Indianapolis-area planned for 2019.