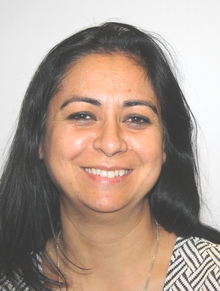 Dr. Mona Bhan  is Otto L. Sonder Jr. Professor of Anthropology at DePauw University, Indiana. She is also the co-editor of HIMALAYA, the flagship journal of the Association for Nepal and Himalayan Studies. Bhan has authored Counterinsurgency, Development, and the Politics of Identity: From Warfare to Welfare? (Routledge); and co-authored Climate without Nature: A Critical Anthropology of the Anthropocene (Cambridge). She recently co-edited a book on Kashmir, Resisting Occupation in Kashmir (UPenn), with scholars from the Critical Kashmir Studies collective of which she is a founder member. Her research articles on resource and territorial sovereignties, military and corporate humanitarianism, environmentalism, gender, race, and tourism, have appeared in the Critique of Anthropology, Biography, Cultural Anthropology, Contemporary South Asia, Journal of Asian Studies, and South Atlantic Quarterly. She is also the co-editor of a special issue on States of Occupation in the Journal of Legal Pluralism and Unofficial Law. Bhan received the United Methodist Exemplary Teaching Award in 2013, and teaches courses on the Anthropology of Development, Globalization, Gender, South Asia, Wars, Militarism, and Climate Change.