On the first floor of Harrison Hall the Classical Studies Department has a display of replica Roman arms and armor.

Most of the materials were acquired from Bernie Barcio, a Latin teacher in Indiana and an expert on Roman dress, particularly military garb. A highlight of Mr. Barcio's collection is a helmet that was used on the set of the epic film Cleopatra. Other materials on display were acquired from replica dealers by DePauw faculty. 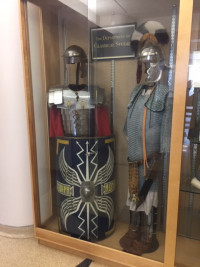 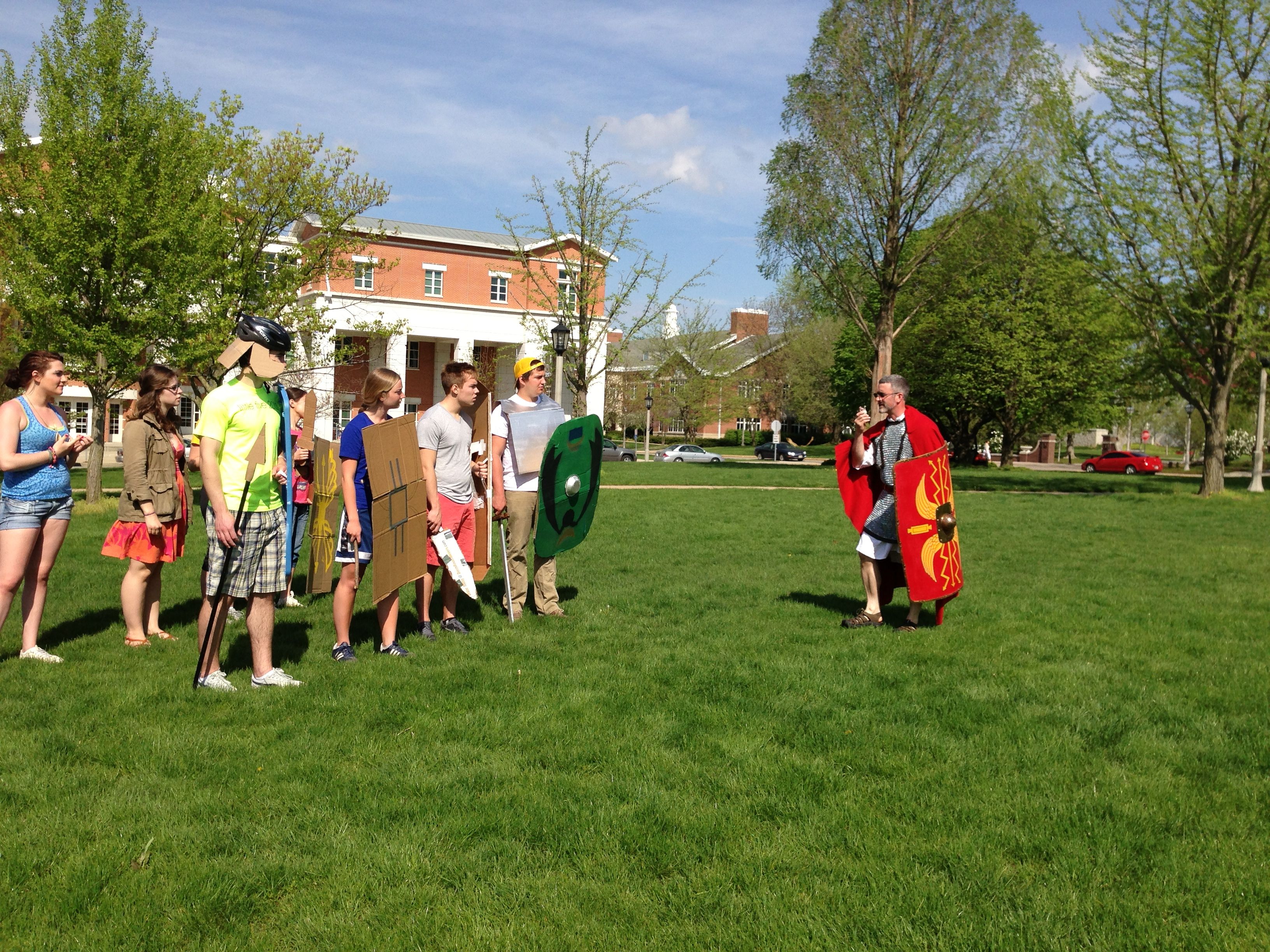 Prof. Foss, as a Roman Centurion, drilling students in his Hellenistic and Roman Art and Archaeology class on how to be a Roman legionary soldier.