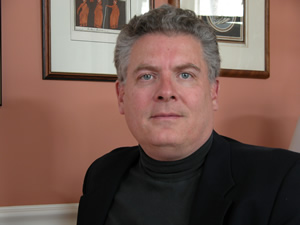 Daniel E. Shannon came to DePauw University in 1990. He received his PhD in 1988 from the University of Toronto.  His area is Continental Philosophy; his translation of Hegel’s Spirit was published by Hackett Press, and he has also edited The Challenges of Globalization: Rethinking Nature, Culture and Freedom. He regularly teaches the “Philosophy of Sex and Gender” which is cross-listed between the Philosophy Department and Women’s, Gender, and Sexuality Studies. The course focuses on the three foundations of the Conservative View, namely, the claim to natural functions, good government, and religion, as presented by traditional philosophers: Aristotle, Aquinas, Schopenhauer, and Nietzsche; as these foundations recur today, especially in the debate on pornography; and as they have been criticized from with the tradition, (e.g., by Plato), and by modern theories, such as Freud and Marx, feminist theorists, such as Beauvoir, and post-modern theorists, such as Foucault.