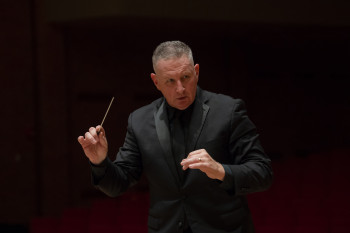 Craig Paré, Professor of Music and Director of University Bands, conducts the University and Symphonic Bands and teaches conducting. Appointed to the School of Music faculty in 1993, Dr. Paré also teaches Fundamentals of Music Theory, a popular course on creating music for College of Liberal Arts students. Dr. Paré earned a Bachelor of Music in music education from Barrington College, a Master of Music in percussion performance from Florida State University, and a Doctor of Musical Arts in wind conducting from the University of Cincinnati College-Conservatory of Music as a student of Eugene Migliaro Corporon. 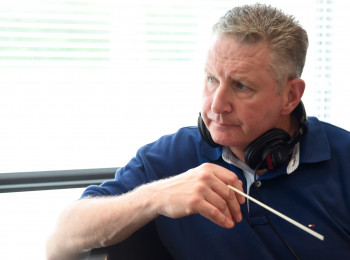 Before his appointment at DePauw University, Dr. Paré served as Director of Bands at Western State College in Gunnison, Colorado. He has also taught at Florida State University, Simpson College, Valdosta State College, and Barrington College. His public school teaching experience includes elementary, middle and high school ensembles in the Lincoln and Barrington, Rhode Island school systems. Additionally, Dr. Paré was also the co-founder of the Cincinnati Youth Wind Ensemble, a select wind group comprised of the finest high school woodwind, brass, and percussion students around the Ohio, Indiana, and Kentucky region. He continues to be in demand as a clinician and guest conductor with many middle and high school bands and has been a guest adjudicator for state festivals in Indiana, Illinois, Kentucky, Iowa, and Nevada. 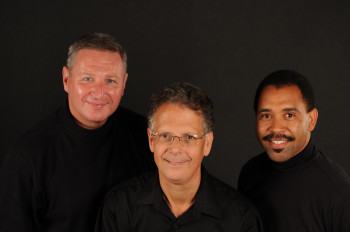 As a performer, Dr. Paré studied timpani and percussion with Roland Kohloff, principal timpanist of the New York Philharmonic, and Gary Werdesheim at Florida State University, and has participated in masterclasses with Cloyd Duff (Cleveland Orchestra), Stanley Leonard (Pittsburgh Symphony Orchestra), and Richard Brown (Houston Symphony Orchestra). He has performed as timpanist and percussionist with the Savannah, Tallahassee, and Jacksonville Symphony Orchestras, the Brooklyn Lyric Opera and Des Moines Metro Opera, and the Connecticut and Rhode Island Philharmonic Orchestras. He has also served as principal timpanist and percussionist with the Spoleto Festival USA, Charleston, South Carolina, and the Festival Dei Due Mondi, Spoleto, Italy. He has performed and recorded with two renowned wind groups: the Cincinnati Wind Symphony, and the Philharmonia à vent, and is currently principal timpanist of the Lafayette Symphony Orchestra. He has also been a guest percussionist with the Indianapolis Symphony Orchestra and has recorded for Hal Leonard Publications. Additionally, he is featured as timpani soloist on the DePauw University Band's fourth compact disc, Wind Journey, performing the Concertino for Timpani, Winds and Percussion by Donald. H. White.

Below are samples of commercial recordings by the DePauw University Band with Dr. Craig Paré, conductor.