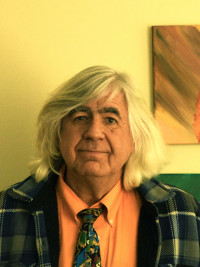 Ed Staubach first taught the String Techniques class at Depauw in 2012 after teaching instrumental music in Cincinnati and central Indiana for close to 40 years. He has his Music Education degree from the University of Cincinnati Conservatory and a Masters in Music History and hours in string education from Butler University. His last 23 years of orchestra teaching was in Pike Township in Indianapolis where he taught six orchestras in the high school for 13 years and then 10 years at the middle school, teaching some 220 string players there. During these years he also conducted regional and festival orchestras in Indiana and Kentucky and conducted the Kentucky All State Commonwealth Strings at the Kentucky Music Educators convention.

Appreciation of new music has led to recitals of new compositions in St. Petersburg and Tampa Bay, Florida; Frankfort, Illinois; and a handful in Indianapolis. He recorded a new Concerto for Clarinet by A. Paul Johnson and a number of Divertimenti and Serenades for clarinet by the same composer on the MMC label (Boston) and Apollo label (Tampa).

Since retiring with his wife, Joani, to the forested hills of Owen County where they have horses and multiple rescue dogs, he greatly enjoys adjudicating solo and ensemble contest (especially the first and second year string players) and organizational contest, including the State Qualifications. Ed also goes to many schools with Paiges Music representatives helping beginners try out instruments for beginning orchestra or band.