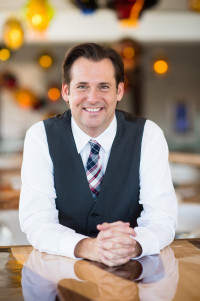 An accomplished recitalist, Kerry is a strong advocate for songrepertoire. Noted for his “beautiful voice, great diction, and uncanny sense of style and phrasing,” he particularly enjoys success in the performance of English language song. His recording with pianist Amanda Hopson, In 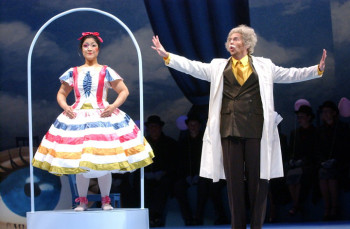 My Memory: American Songs and Song Cycles, was released by Centaur Records in 2013 and has been met with acclaim from both the composers and critics alike. The recording features works by Libby Larsen, Tom Cipullo, Lori Laitman, and Richard Pearson Thomas. Libby Larsen has called Kerry’s recording of her cycle My Àntonia “the definitive reference performance for future performances” and has featured it on her website. Lori Laitman also praised the recording, saying “Kerry and Amanda’s sensitive performances of my music, including the premiere of “On A Photograph” (poetry by John Wood), reveal artistry of the highest level. I am thrilled.” He is also featured on recordings of composers David Arbury and Michael John Trotta and will release his second solo disc of American Song Cycles with works by Juliana Hall and Zachary Wadsworth in 2020. Dr. Jennings was a District Winner and Regional Finalist in the Metropolitan Opera National Council Auditions. 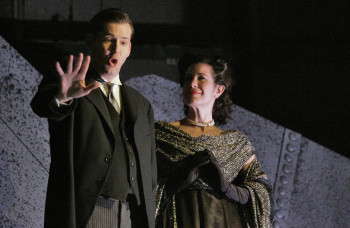 Dr. Jennings' students are regularly winners at the state and regional levels of the Student Auditions sponsored by the National Association of Teachers of Singing (NATS). Additionally, they have won awards from the Metropolitan National Council, Classical Singer, the Orpheus Competition, and other notable voice competitions. Many have gone on to prestigious graduate programs and have also garnered praise for their work on stage in operatic and musical theater performances in summer programs and with professional companies throughout the US and Europe. He is also a respected clinician and adjudicator, having judged competitions such as Classical Singer and NATSAA. Dr. Jennings is the Voice Area Coordinator at DePauw University where he also currently serves as Director of Opera. He is on the faculty of the Austrian American Mozart Academy in Salzburg and is an active member of NATS, NOA, The Recording Academy, and Opera America.