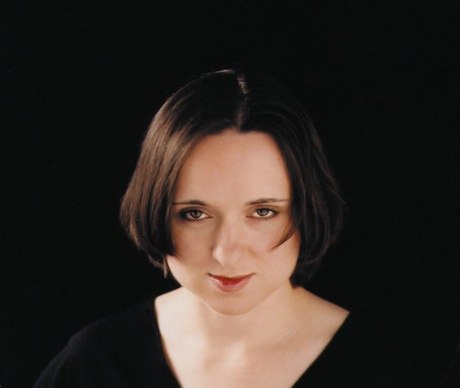 Sarah Vowell, the New York Times’ bestselling author of six nonfiction books on American history and culture, will come to DePauw University to address the 40th National Undergraduate Honors Conference. Her speech on Thursday, April 17, is free and open to the public. Supported by the Gilbert S. Lance Fund, the program will take place at 8 p.m. in Moore Theatre, located within DePauw's Green Center for the Performing Arts.

Vowell’s most recent book, Unfamiliar Fishes, colorfully tells the history of America's 50th state, Hawaii. Her other books include The Wordy Shipmates and Assassination Vacation. She is also the author of two essay collections, The Partly Cloudy Patriot and Take the Cannoli. Her first book, 1997's Radio On, is her year-long diary of listening to the radio in 1995.

Vowell was a contributing editor for Public Radio International’s This American Life from 1996- 2008, where she produced numerous commentaries and documentaries and toured the country in many of the program’s live shows. She was one of the original contributors to McSweeney’s, also par ticipating in many of the quarterly’s readings and shows. She has been a columnist for Salon.com, Time and San Francisco Weekly and continues to write occasional essays for the opinion page of the New York Times.

"Sarah Vowell is an intellectual melting pot," wrote Susan Salter Reynolds in the Los Angeles Times. "Her cleverness is gorgeously American: She collects facts and 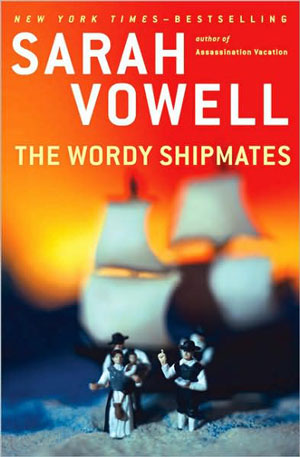 stores them like a nervous chipmunk, digesting them only for the sake of argument. Her curiosity is fueled by indignation. She insists, like a good empiricist, on seeing the people and places she writes about. She is the queen of that great American institution: the road trip. Pride, irritation and a kind of slightly sour laugh that is a common result of high irony are frequent responses to her work."

Vowell has made numerous appearances on the Late Show with David Letterman, Late Night with Conan O’Brien and Jon Stewart's Daily Show. She is the voice of teen superhero Violet Parr in Brad Bird’s Academy Award-winning The Incredibles, a Pixar Animation Studios film.

"You know what I like about Sarah Vowell books?," Jon Stewart asked the author. "I laugh, and I learn."

Vowell is the president of the board of 826NYC, a nonprofit tutoring and writing center for students aged 6-18 in Brooklyn.