September 1, 2000, Greencastle, Ind. - As part of the series of performances sponsored by the DePauw University Office of Multicultural Affairs this fall, internationally acclaimed soprano Angela Brown will present a recital on Wednesday, September 13 at 7:30 p.m. in the Performing Arts Center in Thompson Recital Hall. It is free and open to the public.

Brown, an Indianapolis native, has come home to Indiana for a series of recitals and performances with the Indianapolis Opera. Brown was raised in Indianapolis, made her first public performance there at the age of six, and went on to study with Virginia Zeani at Indiana University.

Her performance schedule will continue throughout the 2000-01 season with the San Antonio Symphony, Teatro Le Fenice, and the Opera Company of Philadelphia. 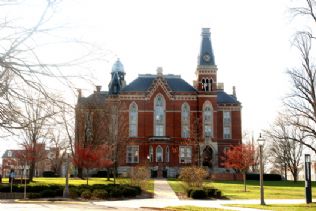 and tours throughout Italy and Africa.

Her work includes roles in Porgy and Bess, Verdi's Requiem and performances of Beethoven, Mahler and Brahms.