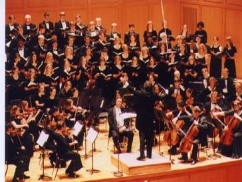 October 30, 2002, Greencastle, Ind. - The DePauw University Symphony Orchestra, conducted by music director Orcenith Smith, will present a concert during ArtsFest 2002, DePauw's first annual celebration of the arts. Scheduled for Sunday, November 3 at 3 p.m., the concert focuses on the theme of this year's ArtsFest -- "Who gets to say?" -- exploring the issue of artistic rights.

Two pieces of music which were written in an environment of controversy will be featured in the concert including Symphony No. 5, Opus 47 by the twentieth-century Russian composer Dmitri Shostakovich. The Orchestra will begin the program with Mozart's Overture to The Marriage of Figaro. 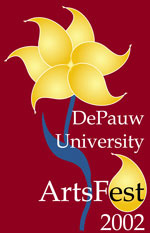 According to Professor Smith, these two composers found a way to successfully state what they wanted about their subject, and at the same time, create great works of art. Mozart and his librettist Lorenzo Da Ponte created a Viennese version of a French play that had set out to make the aristocracy squirm for their indiscretions. Shostakovich subtitled his Fifth Symphony"A Soviet artist's reply to just criticism" after feeling governmental pressure when his previous artistic efforts were criticized.

Sunday afternoon's ArtsFest 2002 concert is in Kresge Auditorium of DePauw's Performing Arts Center and is free and open to the public.