April 4, 2003, Greencastle, Ind. - Three of America's foremost thinkers will be on the DePauw University campus Monday for the opening of the national symposium, “Political Education and the Modern University”. Supported by a grant from the Mellon Foundation, the symposium will bring 11 nationally distinguished scholars to DePauw between April 7-12 for speeches and discussions that are free and open to all. A complete symposium schedule can be accessed by clicking here.

At 9:15 Monday morning in the Student Social Center in the Walden Inn, Michael J. Sandel will open the symposium with the keynote address, "Political Education and the Modern University". Sandel is the Anne T. and Robert M. Bass Professor of Government at Harvard University, where he has taught political philosophy since 1980. His publications include Liberalism and the Limits of Justice, Democracy's Discontent: America in Search of a Public Philosophy,

Liberalism and Its Critics (ed., Blackwell, 1984), and articles in scholarly journals, law reviews, and general publications such as the Atlantic Monthly, the New Republic, and the New York Times. Dr. Sandel has lectured to academic and general audiences in North America, Europe, Japan, India, and Australia. He was a visiting professor at the Sorbonne (Paris) in 2001, and delivered the Tanner Lectures on Human Values at Oxford University in 1998. The recipient of three honorary degrees, he has received fellowships from the Carnegie Corporation, the National Endowment for the Humanities, the Ford Foundation, and the American Council of Learned Societies. He currently serves on the President's Council on Bioethics, a national body appointed by the President to examine the ethical implications of new biomedical technologies. 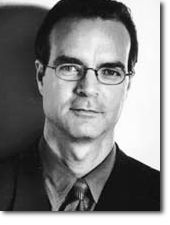 At 2:45 p.m. Monday, Pulitzer Prize-winning journalist and author and 1973 DePauw University graduate James B. Stewart will speak on "Education, Liberal and Political, in the American University". One of America's foremost investigative journalists, James B. Stewart is author of best-selling books such as Den of Thieves, Blind Eye, Blood Sport, and Heart of a Soldier: A Story of Love, Heroism, and September 11th, which was named "Best Non-fiction Book of 2002" by TIME magazine. The former front page editor of the Wall Street Journal (where he received a Pulitzer Prize for articles on the 1987 stock market crash and the insider-trading scandal), Stewart is currently editor-at-large of SmartMoney magazine and reporter-at-large for the New Yorker. The San Francisco Examiner called him, “the journalist every journalist would like to be.” Stewart is also a member of DePauw University's Board of Trustees and is national chair of the Annual Fund.

The symposium's third speech Monday, at 7:30 p.m. in the Student Social Center of the Walden Inn, features Alan Wolfe on "Education and Character in an Age of Moral Freedom". Wolfe is professor of political science and Director of the Boisi Center for Religion and American Public Life at Boston College. He is the author or editor of more than

ten books including Marginalized in the Middle, One Nation, After All, Moral Freedom: The Search for Virtue in a World of Choice, and School Choice: The Moral Debate. Both One Nation, After All and Moral Freedom were selected as New York Times Notable Books of the Year. A contributing editor of the New Republic and the Wilson Quarterly, Professor Wolfe also writes for a number of other publications, including Commonweal, the New York Times, Harper's, the Atlantic Monthly, and the Washington Post. He served as an advisor to President Clinton in preparation for his 1995 State of the Union address and has lectured widely at American and European universities. Professor Wolfe has twice conducted programs under the auspices of the U.S. State Department that bring Muslim scholars to the United States to learn about separation of Church and State. Alan Wolfe's next book, The Transformation of American Religion: How We Actually Practice our Faith, will be published in the fall 2003 by the Free Press.

For more information on the weeklong symposium, click here.