October 3, 2003, Greencastle, Ind. - Lee C. Banks, a 1985 graduate of DePauw University, has been promoted to worldwide president of the Parker Hannifin Corporation's Hydraulics Group, effective October 1. Banks has served as president of the company's Instrumentation Group since 2001. "Lee has a terrific track record positioning operating units for growth, which we expect him to continue in our hydraulics business," said Nick Vande Steeg, who assumes the role of executive vice president and chief operating officer.

A company news release at Yahoo! Finance states that Banks "is noted for successful leadership positions held in two of the company's operating groups, which makes him well suited to take on this larger assignment. He joined Parker in 1991, and has a bachelor of arts in economics from DePauw University and an M.B.A. from Chicago's Keller Graduate School of Management." 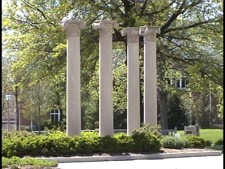 "The hydraulics business remains very fragmented globally, so although it's seen as a mature industry, there remains a lot of potential for profitable growth and innovation in developing economies and more sophisticated systems," Banks says. "We have the leadership, product breadth and engineering to win a greater share of the world market, and I am both honored and ready to step up to that challenge."

With annual sales exceeding $6 billion, Parker Hannifin is the world's leading diversified manufacturer of motion and control technologies and systems, providing precision-engineered solutions for a wide variety of commercial, mobile, industrial and aerospace markets. The company employs more than 46,000 people in 44 countries around the world. For more information, visit the company's Web site by clicking here.