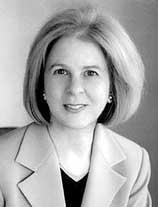 March 18, 2004, Greencastle, Ind. - Elaine Pagels, one of the world's most important writers and thinkers on religion and history and winner of the National Book Award for her groundbreaking work The Gnostic Gospels, will come to the campus of DePauw University to deliver the spring Mendenhall Lecture, Thursday, April 29, 2004. The speech by Pagels, "Beyond Belief," will begin at 7:30 p.m. in Gobin United Methodist Church. The event is free and open to all.

Elaine Pagels is a preeminent figure in the theological community whose impressive scholarship has earned her international respect. Pagels is the Harrington Spear Paine Professor of Religion at Princeton University. As a young researcher at Barnard College, she changed forever the historical landscape of the Christian religion by exploding the myth of the early Christian Church as a unified movement. Her findings were published in the bestselling book, The Gnostic Gospels, an analysis of 52 early Christian manuscripts that were unearthed in Egypt. Known collectively as the Nag Hammadi Library, the manuscripts show the pluralistic nature of the early church and the role of women in the developing Christian movement. As the early church moved toward

becoming an orthodox body with a canon, rites and clergy, the Nag Hammadi manuscripts were suppressed and deemed heretical. The Gnostic Gospels won both the National Book Critic's Circle Award and the National Book Award and was chosen by the Modern Library as one of the 100 best books of the 20th Century.

Pagels' latest book, the New York Times bestseller, Beyond Belief: The Secret Gospel of Thomas, focuses on religious claims to possessing the ultimate "truth." She contends that, as Christianity became increasingly institutionalized, it became more politicized and less pluralistic. "I'm advocating, on some level, the inclusion of [religious texts] that were considered blasphemous," Pagels says. "I suggest that there are ways of embracing a far wider spectrum of religious diversity within Christianity and quite beyond Christianity."

Elaine Pagels earned a B.A. in history and an M.A. in classical studies from Stanford University, and a Ph.D. with distinction from Harvard University. Pagels taught at Barnard College and Columbia University before joining the Princeton faculty. Her other books include Adam, Eve and the Serpent and The Origins of Satan. She has also written many scholarly articles and book reviews and has been profiled in 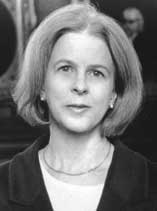 the Atlantic Monthly, Vogue, Mirabella and the New Yorker. In February 1997, Pagels was named one of the "25 Most Influential Working Mothers" by Working Mother magazine.

"With the winning combination of sound scholarship, deep insight and crystal-clear prose style that distinguishes all her work, Pagels portrays the great variety of beliefs, teachings and practices that were found among the earliest Christians," writes the Los Angeles Times of Beyond Belief. Harold Bloom, Sterling Professor of Humanities at Yale University, adds, "She is always readable, always deeply informed, always richly suggestive of pathways her readers may wish to follow out for themselves... Like many other readers, I am indebted to Professor Pagels for her devoted and sound scholarship, and for her clarity of exposition."

The Mendenhall Lectures, which were inaugurated in 1913,

were endowed by the Reverend Doctor Marmaduke H. Mendenhall. His desire was to enable the University to bring to campus "persons of high and wide repute, of broad and varied scholarship" to address issues related to the academic dialogue concerning Christianity. Although Mendenhall was a pastor in the North Indiana Annual Conference of what was then called the Methodist Episcopal Church, one of the parents of the United Methodist Church, he explicity dictated that lectures be selected without regard to denominational divisions. The endowment has allowed DePauw to bring theological and religious scholars of international repute to campus for nearly a century.