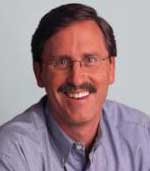 An Associated Press article published in newspapers across the nation, including the Atlanta Journal-Constitution, states, "In his current role as Olive Garden's president, Madsen has presided over 39 consecutive quarters of same-restaurant sales increases." Madsen has also been nominated for election to the company's board of directors and will be voted on at the company's annual meeting in September 2004. The Orlando Sentinel notes Madsen, "has been with the company and its former parent General Mills for 18 years," and currently leads "Darden's most profitable chain, Olive Garden. [The new COO] will focus on operations, brand management and leadership development to foster growth" (read more here; a free registration is required to access the article).

Read the AP story by clicking here. News of Drew Madsen's promotion can also be found in the Miami Herald.