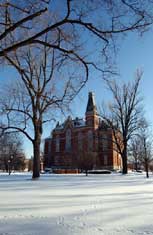 Born and raised in Denmark, South Carolina, Sellers became interested in the civil rights movement as a youngster when he heard about the murder of Emmit Till. Sellers organized his first lunch counter sit-in at the age of 15 -- two weeks after the famous sit-in at the Woolworth's in Greensboro, North Carolina, in 1960.

When his father forbade further radical action, Sellers stayed inactive in the civil rights movement until he was a sophomore at Howard University in 1964. He became involved in the protests against George Wallace's presidential campaign and soon joined the Student Nonviolent Coordinating Committee, which was led by Stokely Carmichael. Sellers began to work with SNCC's voter registration effort in Mississippi, and in 1965 he was elected program director of SNCC.

In 1966 Sellers got to know Dr. King when he took part in the march across Mississippi following the murder of James Merideth. Sellers was in the crowd when Carmichael began chanting the words "Black Power," which would become the rallying cry of the radical wing of the civil rights movement.

Sellers was on the scene during the infamous Orangeburg Massacre in 1967 and was later charged with inciting a riot. Following a long legal battle, he spent several years in prison before this charge was finally dropped. During his time in prison, he completed his autobiography, The River of No Return, which DePauw Professor of History John Dittmer calls, "quite simply, one of the two or three most important books to come out of the civil rights movement."

Following his release from prison, Sellers returned to college, found a job as a city official in Greensboro, ran for public office, worked on the presidential campaign of Jesse Jackson and earned his Ph.D. in education. Currently, he teaches in the African-American Studies Department at the University of South Carolina.