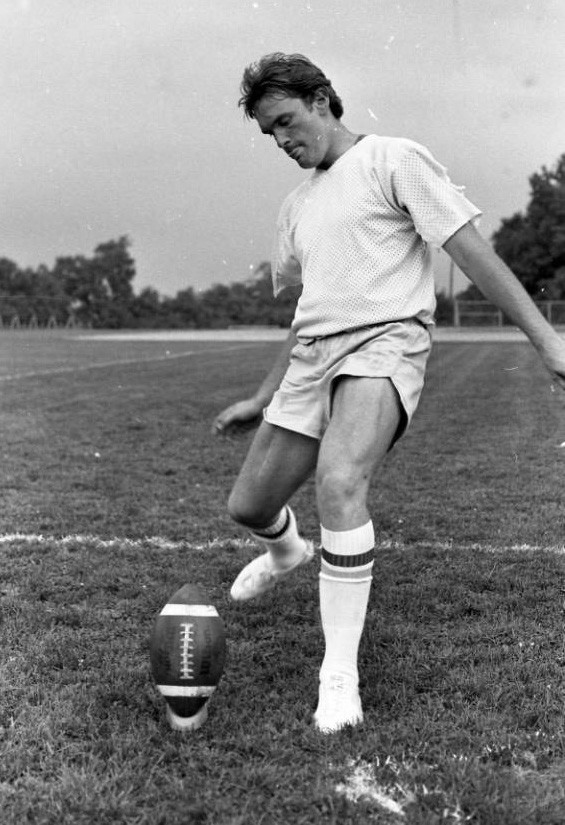 September 10, 2004, Greencastle, Ind. - "Freshman Jason Reda made a little history Saturday night for [the University of] Illinois," notes a story in the Quad City Times. "The Rock Island native became the first true freshman kicker to play in his first collegiate game for Illinois since Dave Finzer opened for the Illini in 1977." Finzer later transferred to DePauw University, where he was the Tigers' punter and place-kicker in 1980-81. A member of DePauw's Class of 1982, Finzer punted two seasons in the National Football League for the Chicago Bears (1984) and Seattle Seahawks (1985).

Finzer still holds the DePauw single-game punting record with a 48.5-yard average (minimum 5 punts). His 40.6-yard average in 1981 ranks third, and his 38.3 yard career average is second in school history. He also has the school record for most punting yards in a game with 485 against St. Norbert in 1981.