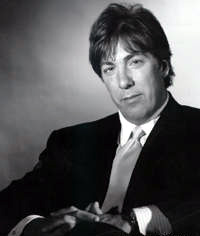 October 10, 1995, Greencastle, Ind. - The attorney who has been busy representing Dr. Jack Kevorkian over the last few years is taking time to talk with students and faculty at DePauw University. Geoffrey Fieger will speak on the "Ethics of Assisted Suicide" and take questions on his role as Dr. Kevorkian's legal counsel tonight at 7 p.m. in the Center for Contemporary Media, Watson Forum. The event is open and free to the public.

Fieger, the lead attorney for Dr. Kevorkian, heads the Michigan law firm of Fieger, Fieger and Schwartz. Fieger has won more than $100 million in verdicts and settlements, and his recent verdict of $18.6 million in a medical malpractice case is recorded as the largest verdict in Michigan for the year 1993 and the third largest in the United States.

Fieger's most well-known client is Dr. Kevorkian, otherwise known as Dr. Death, who argues that everyone should have the right to decide when to die 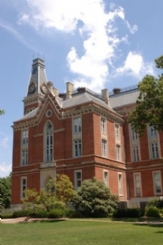 and that doctors should be allowed to help. Dr. Kevorkian developed a crude but effective suicide machine that enables individuals to take their own lives in a painless and efficient fashion. He has attended several suicides over the past few years and in so doing has violated a Michigan law that makes assisting suicides a crime. This law was enacted to specifically halt Dr. Kevorkian's actions.

Fieger served as host of a weekly television series titled Legalities and has regularly appeared as a guest on such national television programs as Good Morning America, CBS' Morning Show, The Today Show, Larry King Live, 20/20 with Barbara Walters and others. Fieger also is a commentator for local and national news organizations with regard to the O.J. Simpson case. He lectures nationally and internationally to various legal, medical and public interest groups with regard to all issues involved in the Kevorkian case.

Fieger's discussion on "Ethics of Assisted Suicide" will be shown live on DePauw Cable Channel 3 and Greencastle Cable Channel 2.