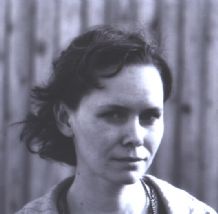 December 3, 2004, Greencastle, Ind. - Patricia Sarrafian Ward, author of the new novel The Bullet Collection and winner of the 2004 Great Lakes College Association New Writer Award, will visit the campus of DePauw University on Wednesday, December 8. Ward will present a reading at 7:30 p.m. in the auditorium of the Richard E. Peeler Art Center. Free and open to the public, the event is sponsored by The James and Marilou Kelly Writers Series.

Born in Beirut, Lebanon, Patricia Sarrafian Ward is of Armenian-Danish-American heritage. Her family stayed in Lebanon throughout the civil war, but in 1987 the political situation finally forced them to move to the US. Ward attended four undergraduate institutions, including the American University of Beirut, and received her BA in 1991 from Sarah Lawrence College. In 1995, she received her MFA from the University of Michigan.

The Bullet Collection tells the story of two sisters growing up in war-torn Beirut during Lebanon's civil war. The Daily Star of Beiirut wrote that Ward, "Shows stunningly, profoundly,

the depth of the tragedy of Lebanon and offers, so slightly, the hope of salvation." Library Journal opined, "With this debut novel, Ward emerges boldly from the ranks of Arab women writers and proves to be a writer to watch."

In addition to the GLCA award, Ward has received a Transatlantic Review Award (1990), Avery Hopwood Awards in Short Fiction and the Novel (the University of Michigan, 1995), and a scholarship to attend the Bread Loaf Writer's Conference (1997). Her stories have appeared in the Literary Review and Ararat.

Learn more about The James and Marilou Kelly Writers Series by clicking here.