In her new role, Pashos will share responsibility for strategic business decisions affecting 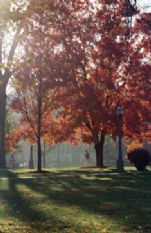 PSI's future, such as resource planning and procurement, environmental compliance strategy, and regional transmission market plans. She also will be responsible for developing and executing regulatory and legislative strategies in Indiana.

"Kay's experience with the regulated energy business makes her an excellent choice for PSI president," says James E. Rogers, Cinergy's chairman, chief executive officer and president. "She is well-respected in the industry and her record of leadership will be critical as we embark on new initiatives to meet increasing environmental requirements as well as the growing need for electricity supplies in Indiana."

An announcement on Business Wire notes that Pashos "has held positions of increasing responsibility in the legal department while serving as lead counsel in numerous major regulatory proceedings. Prior to joining PSI, she was an associate attorney with Best & Flanagan in Minneapolis. Pashos graduated from the Northwestern Un