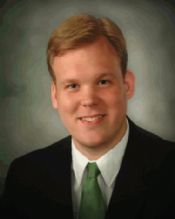 September 6, 2005, Greencastle, Ind. - Eric Wolfe, a 2004 graduate of DePauw University, has been appointed director of community development for the Putnam County Community Foundation. "Wolfe previously served as the 4Community Coordinator with the United Way of Putnam County," notes today's edition of Greencastle's Banner-Graphic." He is a Greencastle resident and graduate of DePauw University."

"I am excited about the opportunity to serve Putnam County and the people who make a positive impact on the community through the Community Foundation," Wolfe tells the newspaper. "It is an honor to help meet the needs of the community and the philanthropic goals of generous donors." 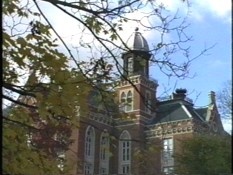 The article notes, "Recently, Wolfe was recognized by Gov. Mitch Daniels and the Indiana Humanities Council as a 2005 Governor's Award for Tomorrow's Leaders recipient. Wolfe has served as the Executive Director of the National Youth Directions Council in Washington, D.C. and earlier as the Coordinator of the Clay County Youth As Resources program in Brazil. Also, he worked for U.S. Senator Evan Bayh and National 4-H Council. President George W. Bush, President Clinton and the Points of Light Foundation have recognized him for his community service efforts."

Read the complete story at the Banner-Graphic's Web site.