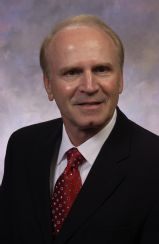 "Dr. Hendricks has experience and expertise from successful fundraising at major universities," says Al Goldfarb, president of Western Illinois University. "His years in development provide him the background and knowledge necessary to lead the advancement and public service division and to guide the university into its next comprehensive campaign outlined in our strategic plan."

Before becoming special assistant to the president, Hendricks served as the vice president and chief development officer for the LSU Foundation for four years. He was director and

chief operations officer for the University of Kentucky's $600 million campaign from 1999 to 2001. An ordained minister, Dr. Hendricks has served parishes in North Carolina, Kentucky and Indiana and has taught systematic theology at the Memphis Theological Seminary.