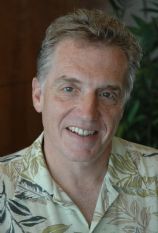 September 21, 2005, Greencastle, Ind. - "Jeff Blancett, a health-care executive for most of his career, has taken a senior leadership role at the Southern Poverty Law Center. He is the center's first chief operating officer," notes Alabama's Montgomery Advertiser of the 1970 DePauw University graduate.

The article continues, "Blancett has responsibility for the center's finance, administration, human resources and information technology departments and oversees the business side of the organization's publishing and Web activities. A graduate of DePauw University in Greencastle, Ind., Blancett has a 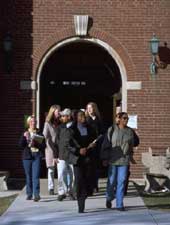 The Southern Poverty Law Center was founded in 1971 as a small civil rights law firm. Today, the Center is internationally known for its tolerance education programs, its legal victories against white supremacists and its tracking of hate groups. Its co-founder, Morris Dees, delivered the commencement address at DePauw in May 2001. Read more, and access audio and video clips, in this story.