June 23, 2006, Greencastle, Ind. - "The Aug. 8 primary in Connecticut is the first place where the country might witness an up-or-down vote on the war," writes Ken Bode in today's Indianapolis Star. DePauw University's Eugene S. Pulliam Distinguished Visiting Professor of Journalism examines the Democratic United States Senate primary battle between incumbent Joseph Lieberman and Ned Lamont, "a businessman with deep pockets and the conviction that Lieberman is dead wrong on his support for the war."

Bode states, "Lamont has fleshed out a full platform, but the single issue motivating his challenge is Iraq, the belief that both Bush and Lieberman are unwavering in their commitment to a failed policy. 'Bottom line,' says Lieberman, 'I think Bush has it right.'" The battle, says Bode, has "driven right-wing Democrats into a frenzy" who believe challenging an incumbent amounts to a "jihad."

The professor -- a former network news correspondent for CNN, NBC and CNN -- declares, "By common agreement, Iraq is the most

important issue looming over the upcoming midterms. Many Democrats would like to find a way to make the voting a referendum on Bush policies, as it should be. Others, calling themselves 'national security Democrats,' are afraid that Karl Rove and his political gang-bangers will tag them as cut-and-run cowards, soft on terror. Trapped and suffocating in their caution, they offer no alternatives, as the debate in Congress this past week revealed. If an incumbent is sufficiently out of step with the views of his constituents on an issue of great importance, why should he not be challenged?"

As the primary approaches, Bode reports that "Lieberman is unrelenting. He stands by Bush on Iraq and says that neo-conservatives are some of his best friends. Let up on the jihad rhetoric, Joe. Your views are entitled to a fair test at the polls. Stand up like a man and defend the Bush war policies in the primary. See what the voters decide and respect the results."

Should Lieberman lose the August 8 primary, he could mount a campaign to retain his seat as an independent. "Addressing this issue, Lamont is running ads that promise to support Lieberman if he wins the primary and asking the senator to do the same for Lamont," Dr. Bode notes. "Tossing his weight around, 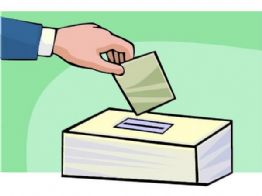 Sen. Charles Schumer of New York, the head of the Democratic Senate Campaign Committee, promises to support Lieberman's third-party effort with Democratic Party money even if he loses the primary. Come on, fellows, who's not playing by the rules? If Ned Lamont beats Joe Lieberman on Aug. 8, he will become the most visible antiwar candidate in the country. Even Chuck Schumer will have to accept the result."