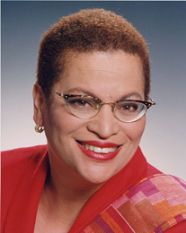 June 28, 2006, Greencastle, Ind. - Noted economist, author and commentator Julianne Malveaux will present the keynote address at this fall's Hampton and Esther Boswell Symposium at DePauw University. The event, with a theme of "Race-ing for Social Justice," will take place September 25-26 on the Greencastle campus. All events are free and open to the public.

Julianne Malveaux will speak Monday, September 25, at 7:30 p.m. in the Pulliam Center for Contemporary Media's Watson Forum. Described by Dr. Cornel West as "the most iconoclastic public intellectual in the country," Dr. Malveaux's contributions to the public dialogue on issues such as race, culture, gender, and their economic impacts, are helping to shape public opinion in 21st century America. She co-authored the books Unfinished Business: A Democrat and a Republican Take on the 10 Most Important Issues Women Face and The Paradox of Loyalty: An African-American Response to the War on Terrorism. Her work also appears regularly in USA Today, Black Issues in Higher Education, and Ms. and Essence magazines, and on FOX News and CNN. She also serves as president and CEO of Last Word Productions, Inc, a multimedia production company. Malveaux received her B.A. and M.A. degrees in economics from Boston College, and she earned a Ph.D in economics from Massachusetts 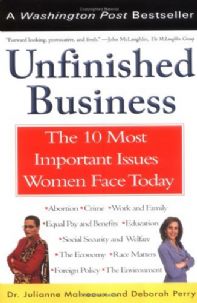 The Symposium is made possible by a gift from Thomas W. and Cheryl Boswell. Tom Boswell, a 1966 DePauw graduate and member of the University's Board of Trustees, majored in economics; his wife was a mathematics major at Purdue University. The professorship is named in honor of Tom's parents, Hampton and Esther Boswell.