June 30, 2006, Greencastle, Ind. - "With America's penchant for electing governors to the Oval Office, we tend to get presidents with limited experience in foreign affairs," opines Ken Bode, Eugene S. Pulliam Distinguished Visiting Professor of Journalism at DePauw University, in today's Indianapolis Star. In his weekly column, Bode analyzes American foreign policy, past and present, and two new books -- by Steven Kinzer and Ron Suskind -- that explore the subject.

"In 1898, when America endeavored to capture the Philippines and establish its first colony abroad, President William McKinley explained it was necessary to 'educate the Filipinos, uplift them and Christianize them as our fellow men for whom Christ also died,'" writes Dr. Bode. "Like President Bush, McKinley evidently was acting on bad intelligence. None of his advisers explained to the president that his fervor to Christianize was unnecessary. 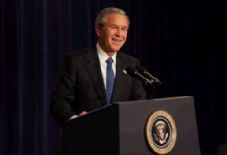 Under Spanish domination for many years, most of the islanders already were devout, practicing Catholics. Later, McKinley admitted, 'I could not have told you where those darned islands were within 2,000 miles.'"

That tale, and others like it, are recounted in Steven Kinzer's Overthrow: America's Century of Regime Change from Hawaii to Iraq. Suskind's book, The 1 percent Doctrine: Deep Inside America's Pursuit of Its Enemies Since 9/11, provides a "description of the inner workings of the Bush White House [that] is hauntingly reminiscent of McKinley. Critical briefing materials go only to Cheney, who tells the president what he needs to know. Bush is depicted as incurious or uninformed, failing to read the basic paperwork, making up his mind based on 'instinct' or his 'gut.'" 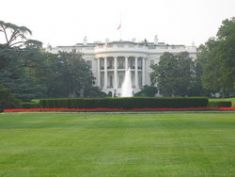 The former CNN senior political analyst adds, "It was probably not possible to know what kind of foreign policy framework Gov. George W. Bush of Texas brought with him to the White House. One might expect that he would have read his father's farewell address where the first President Bush laid out guidelines for America's involvement in military action in the post-Cold War world. It is necessary to act with the maximal possible support of the world community, the first Bush said. It also is necessary to have a clear and achievable mission and criteria no less realistic for withdrawing U.S. forces once the mission is complete. Sadly, there is no evidence that these principles guided our mission in Iraq."

The professor concludes, "Bush's bad foreign policy advice came from the neoconservative network of Cheney, Rumsfeld and others who long ago had made up their minds about Saddam and Iraq, and helped Bush make up his. However, the lesson they so aggressively taught the world about America's superpower supremacy is exactly opposite of what they intended."

Last week, Ken Bode analyzed the battle for the Democratic U.S. Senate nomination in Connecticut, "the first place where the country might witness an up-or-down vote on the war." Access it here.