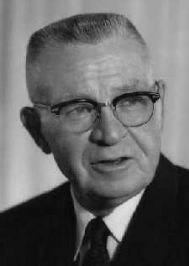 November 15, 1974, Greencastle, Ind. - Eugene C. Pulliam, publisher of newspapers in Arizona and Indiana and 1910 graduate of DePauw University, was honored as a "distinguished American and a great newsman" today at the national convention of the Society of Professional Journalists, Sigma Delta Chi (SPJ/SDX), in Phoenix, Arizona. Pulliam was one of ten DePauw undergraduates who founded the honorary journalism fraternity at the University in 1909.

"We were college idealists who believed in freedom of speech and freedom of the press," said Pulliam, who received a standing ovation as he received his award. "That 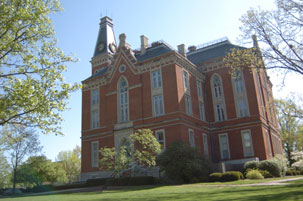 flame of freedom still burns quietly on every college campus and every newspaper."

Eugene Pulliam became the nation's youngest publisher at age 23 when he started Kansas' Atchison Champion, and climaxed his career with ownership of 47 newspapers.

Sigma Delta Chi now has 254 collegiate and professional chapters throughout the United States and 25,000 active members.