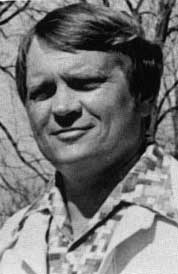 April 14, 1977, Greencastle, Ind. - Bob Bergman, who has been football and track coach at Rose-Hulman Institute of Technology since 1968, has been appointed head football coach at DePauw University. He replaces Tom Mont, who stepped aside from his coaching duties, which he had held since 1959, two months ago.

Six of Bergman's nine Rose-Hulman teams finished with .500 or better records. He received his B.S. degree from Hanover College and holds an M.S. in counseling and guidance from Indiana University. Before taking the reins at Rose-Hulman, Bergman coached at Greencastle High School.

"I think ever since I've been around DePauw -- since I was in the Greencastle community 10-12 years ago -- I've felt DePauw was a 'class' institution with top people," Bergman told a news conference in Indianapolis introducing him as the University's new coach. "I'm excited to get started."

Bergman, who will also coach track when Dr. Robert Harvey retires, will get his first test September 10 when the Tigers -- now independent -- open the 1977 campaign at Hope College in Michigan.