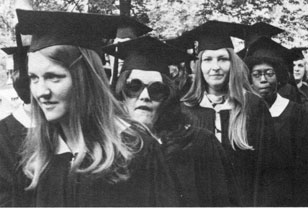 May 20, 1973, Greencastle, Ind. - "The business community, the universities, labor, the media, philanthrophy and all white people of good will should take an active and positive role in the creative partnership with the black community -- a partnership based on unity, not division; racial harmony, not racial strife; true equality, not injustice." That was the message from Vernon Jordan, executive director of the National Urban League and 1957 graduate of DePauw, as he addressed his alma mater's Class of 1973 as it graduated today.

"I believe that such a creative partnership can begin to bring an even greater measure of accomplishment and hope for black people, poor white people, and for the nation itself," Jordan continued. 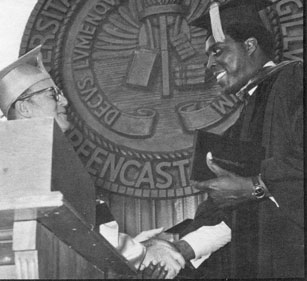