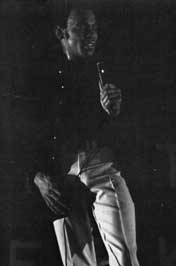 February 7, 1969, Greencastle, Ind. - A sellout crowd of DePauw University students didn't need much to "get ready" for a night of music from The Temptations. The Motown favorites performed an 8:15 p.m. concert in Bowman Gym this evening as part of DePauw's "Winter Weekend."

The Temptations -- whose hits include The Way You Do the Things You Do, My Girl, Ain't Too Proud to Beg, I Wish It Would Rain, and their new single, Cloud Nine -- were selected as the result of a campus opinion poll which ranked the group as the top choice of DePauw students. The immediate sellout, with all $5 tickets being sold to 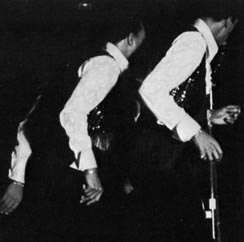 DePauw students, proves that "if you give the students what they want they'll support it," says Union Building Senior Board President Russ Sklenicka.

A recent television special pairing the group with Diana Ross and the Supremes resulted in the release of several joint records, the most popular being I'm Gonna Make You Love Me.