September 14, 2006, Greencastle, Ind. - Melinda Maine Garvey, co-founder and publisher of austinwoman magazine and 1989 graduate of DePauw University, has been recognized with the Greater Austin, Texas Business "Community Advocate Award" for her magazine's community leadership and philanthropic arm. Garvey is seen in the accompanying photo accepting the award at the Sixth Annual Greater Austin Business Awards ceremony.

Now celebrating its fourth anniversary, austinwoman features women-owned businesses, their lifestyles, and community causes. Since its inception, the publication's reach has grown nearly 1800%, with more than 180 advertisers and 60,000 readers. The magazine holds one of Central Texas' largest free newsstand distributions reaching over 650 locations in greater Austin. Hundreds of distinguished women have graced the pages of austinwoman, including covers with Luci Baines Johnson, Susan Dell and Liz Carpenter.

With each year of growth, the magazine has shared its success with the community. Since its founding, austinwoman has contributed more than $138,000 to hundreds of charities in its area through direct donations and in-kind assistance. Additionally, the owners and staff have taken board and committee positions for more than 30 organizations around Austin, including the American Heart Association, Austin Symphony League, Ballet Austin, the Cystic Fibrosis Foundation, the Girl Scouts, 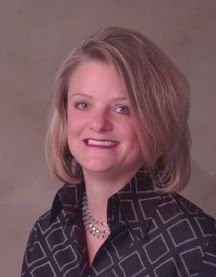 "We've been on a roll these last four years with fast growing distribution and sales, improved production, and a loyal group of employees," says Garvey. "I'm just amazed at what we've all been able to accomplish and I am very grateful for the women, leaders and companies who helped us get this far."

Earlier this year, Melinda Maine Garvey -- who served six years on the DePauw Alumni Board -- received an Office Depot "Businesswoman of the Year" award and the BigAustin BiG IDEA "Creative Award."