Study Abroad Programs "More Necessary Than Ever Before," Writes '84 Alumna in Detroit News 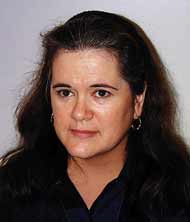 September 29, 2006, Greencastle, Ind. - "More than two decades ago when I was a DePauw University student studying in South America, safety meant getting the right shots before departing and then staying away from obviously bad neighborhoods during my stay," writes Kathleen Fairfax, a 1984 graduate of DePauw, in today's Detroit News. "For much of my subsequent career as a study abroad administrator, it used to be rare to deal with crises more severe than a case of appendicitis or a family emergency back home."

Fairfax, who directs the Office of Study Abroad at Michigan State University, continues, "But this summer, with the conflict in the Middle East and the foiled terror plot in London, providing stateside support to U.S. study abroad programs -- at least at Michigan State University -- posed a far more difficult set of questions: Were our students in central Israel within range of Hezbollah rockets? What alternative evacuation options existed if airports in Israel shut down? How were our students -- some of whom were slated to return to the United States on the day of arrests in London -- faring emotionally as they wait for the travel chaos to be sorted out?" 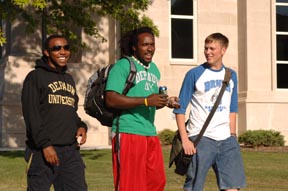 Those questions and others like them "all point to a more fundamental concern about the place of U.S. study abroad programs in an increasingly dangerous and uncertain world," continues Fairfax, who also directed study abroad programs at Purdue and Southwestern Universities. "Namely, isn't this a good time to stay home and try to learn about globalization and other cultures from the relatively safe U.S. classrooms and libraries?" In fact, she notes, students are applying for and participating in international programs at record levels.

"Part of the value of coming to a college or university is the opportunity to expand one's worldview, including through international experiences and travel," the Michigan State administrator asserts. "Even with our best efforts, no college or university can ever offer a 100 percent guarantee of safety for those traveling and studying abroad. But the alternative to continued international engagement -- increased isolationism -- ignores a fundamental responsibility to prepare students who are coming of age in a century that will be defined by globalization. Study abroad programs at U.S. colleges and universities are more necessary than ever before."

DePauw University is among the nation's top colleges for the percentage of students who study abroad.  And a current senior is among 69 college students nationwide recently selected by the British Council USA to participate in its prestigious Student Ambassador Program.