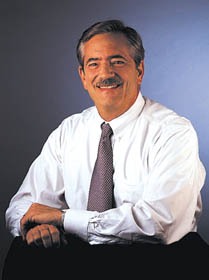 September 30, 2006, Greencastle, Ind. - Phyllis Plum, Minnesota state director of the Parents Television Council "told Chief Executive Steve Sanger and several hundred shareholders her group had monitored TV advertising and that General Mills ranked 'in an exclusive group of content-sensitive advertisers,'" notes a story in the St. Paul Pioneer Press. "Sanger was delighted and later noted General Mills adheres to strict guidelines to 'avoid programs with violence and graphic language, because our products are very much family-oriented.'" Stephen Sanger is a 1968 graduate of DePauw University.

"The folks who brought you Trix's 'silly rabbit' and a bird that's 'cuckoo for Cocoa Puffs' have been quietly rethinking how they advertise to children," begins the article by Tom Webb. General Mills, the cereal and food maker that's one of America's most prominent advertisers, has decided to stop promoting its higher-calorie and least-nutritious products to school-aged 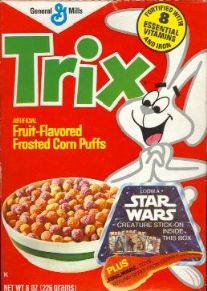 children. If one of its products doesn't meet new nutrition guidelines, it means no TV ads targeted at children, no movie tie-ins, no Internet marketing and no licensing of popular cartoon characters, officials from the Golden Valley-based company said."

The May-June issue of NYSE, the magazine of the New York Stock Exchange, featured Steve Sanger -- who received an honorary degree from DePauw in 2004 -- on its cover and examined General Mills' "global recipe" for growth. Learn more in this previous article.