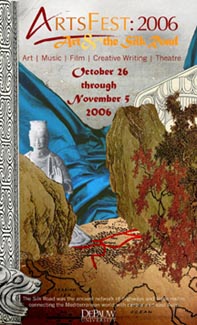 Possibly the world's earliest experiment in globalization, it was along this extensive system of interconnected routes that three great world civilizations -- Western, Indian and Chinese -- met and transformed each other. From as early as the 5th through 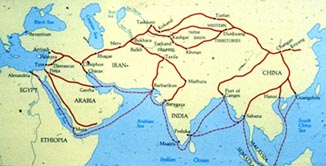 the 14th century, the Silk Road carried traders, missionaries, adventurers, scoundrels and saints who traded goods, stories, artistic traditions, religious visions and military tactics. The theme was chosen in recognition of the region's momentous impact on past and future evolution of world cultures and economies.

Art & the Silk Road will kick-off on Thursday, October 26 with the installation of "The Tigers of DePauw," a public art project in which fifteen life-sized sculptural tigers will be placed throughout the campus. The entire University was invited to vie for the unique opportunity to "design a tiger." Those creating works include the DePauw student organizations such as the Philosophy Club, the Spiritual Life Leadership Council, and the Committee for 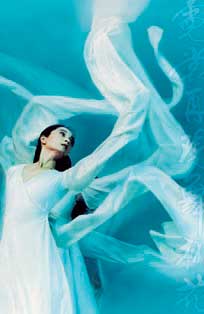 Latino Concerns; members of DePauw fall semester courses such as the Advanced Sculpture Class and Introduction to Creative Writing; The DePauw newspaper; as well as individual students and faculty members. Stroll the campus on Thursday evening to view the tigers before heading over to Walden Inn for Jazz at the Duck beginning at 9 p.m.

On Friday, October 27, events featured in the second annual DePauw artsCRAWL will encourage visitors to roam between DePauw's two visual arts venues from 6:30 to 9 p.m. A DePauw chamber music ensemble will entertain as visitors explore "Tradition and Innovation in 20th Century Chinese Painting," the featured exhibit at the William Weston Clarke Emison Museum of Art. The Peeler Art Center will be the site of a faculty and student discussion on the significance of the Silk Road as well as performances by DePauw Capella and a faculty jazz ensemble, and the San Diego Museum of Art exhibition "Past in Reverse: Contemporary Art of East Asia."

Audiences of all ages are encouraged to attend two family-oriented events sponsored by the DePauw Performing Art Series. On the first Saturday of ArtsFest, October 28, the series will offer the internationally acclaimed Asian ensemble, the Nai-Ni Chen Dance Company, performing A Dragon's Tale. For ArtsFest's closing 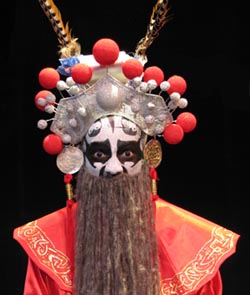 Music inspired by the Silk Road will be the emphasis of concerts presented by the DePauw University Orchestra and the Percussion Plus Project, on Sunday, October 29 and Monday, October 30, respectively. Creative writing is represented in several events including faculty and student readings, and a Kelly Writers Series evening with American Book Award-winning novelist Shirley Geok-lin Lim. DePauw Theatre is producing The Orphan of Chao, an ancient Chinese folk tale performed in English in the style of Peking Opera.

Film enthusiasts will want to take in one of the three screenings of the ArtsFest feature film, The Giant Buddhas, a just-released multiple award-winning documentary about the destruction of Buddha statues in Afghanistan, and visit with preeminent film scholar David Bordwell, giving public lectures on both Wednesday and Thursday, November 1-2.

Rounding out ArtsFest is a Roy O. West library display, dining service menus that will feature food of the region, and Art Attack, a day of free art performances, workshops and hands-on art activities for children. The DePauw Greek community and student organizations will offer dance, theatre, choral and opera performances; workshops in drumming, belly dancing and Tai Chi; and numerous painting, drawing and sculpting activities. In keeping with the Silk Road

theme, visitors can experiment with instruments of the period, attend a modified version of The Orphan of Chao, have their faces painted as Peking Opera characters, create Haiku, and write their names in Chinese calligraphy.

The schedule for all ArtsFest 2006: Art & the Silk Road visual, performing, and creative art activity is accessible online by clicking here.