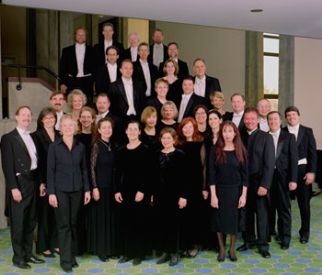 November 4, 2006, Greencastle, Ind. - "Violin Virtuosity" is the theme of the Indianapolis Chamber Orchestra’s (ICO) performance at DePauw University on November 10, 2006, at 7:30 p.m. in Kresge Auditorium. The first of two ICO concerts at DePauw this academic year, this concert will feature violinist Ida Kavafian, the 1982 Silver Medalist at the International Violin Competition of Indianapolis. Ms. Kavafian and the ICO will be under the direction of guest conductor Raymond Harvey of the Kalamazoo Symphony Orchestra.

Featured on the program is Christoph Willibald Gluck’s opera Iphigenie in Aulis, Romance for Violin and Orchestra by Antonín Dvořák, famous for his "New World Symphony," and the rarely heard Violin Concerto No. 8 in A minor by 19th century composer Louis Spohr. Spohr, a violinist himself, is said to have invented the violin chin rest. The concert will conclude with Robert Schumann’s Symphony No. 2, the first Schumann symphony performed by the ICO in its 22-year history.

Known for her remarkable versatility and breathtaking virtuosity, Ida Kavafian has appeared on stages and in performance venues throughout North America, the Far East and Europe. Born in Istanbul, Turkey, of Armenian descent, Ms. Kavafian immigrated with her family to the United States when she was three years old. Her studies began at the age of six with Ara Zerounian, continued with Mischa Mischakoff, and culminated when she earned her Master of Music degree with honors from the Juilliard School, where she was a student of Oscar Shumsky.

In 1982, Ms. Kavafian won the silver medal at the prestigious International Violin Competition of Indianapolis. She has premiered new works around the world, founded or participated in many celebrated chamber music ensembles, received countless prestigious awards and been active in guiding major music festivals. She is on the faculty of the Curtis Institute of Music in Philadelphia and the Bard College Conservatory of Music in Annandale-on-Hudson, New York. Ms. Kavafian has also appeared on CBS’ Sunday Morning and NBC’s Today Show and is an artist 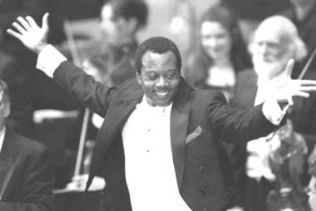 of The Chamber Music Society of Lincoln Center.

Guest conductor Raymond Harvey comes to DePauw from Kalamazoo where he is the music director of the Kalamazoo Symphony Orchestra. In February 2001, Mr. Harvey served as a guest conductor for the Indianapolis Symphony Orchestra in a concert entitled "Celebration of Black History." He also serves as the music director of the El Paso Opera in Texas and has been recognized as an outstanding pianist, choral conductor and teacher. Harvey holds Bachelor's and Master's degrees from the Oberlin Conservatory of Music and a Doctor of Musical Arts degree from the Yale School of Music. He has been featured in Ebony and Symphony magazines and is profiled in the book, Black Conductors, by Antoinette Handy.

For additional information, visit the DePauw University School of Music online or call (765) 658-4380.