November 3, 2006, Greencastle, Ind. - Four days before the 2006 midterm elections, Ken Bode declares, "There is no coherent Democratic Party message in this campaign cycle." In an op-ed published in today's Indianapolis Star, the Eugene S. Pulliam Distinguished Visiting Professor of Journalism writes, "This is not like 1994 when the GOP nationalized the first Clinton midterm with their Contract With America, expelling the Democrats from control of the House for the first time in 40 years. Nor is it like 1974, when Republicans were ousted in large numbers as a way to bring closure to the Watergate scandal."

The professor continues, "To be sure, corruption is an issue this year in the handful of GOP congressmen indicted, jailed or resigned in disgrace. But it is not the issue. Bush proclaims the economy, soaring, he says, because of his tax cuts. But the average 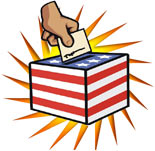 American family feels more uncertainty from the collapse of the housing market and a decade of depressed wages than it gets confidence from the rising stock market."

Bode, former senior political analyst at CNN, asserts, "The election mainly will be driven by two things: the war in Iraq and the unpopularity of George W. Bush." But, a statement this week by 2004 Democratic presidential nominee John Kerry, has shifted some attention away, much to the GOP's delight, says the veteran journalist.

"Two years ago, [Karl] Rove cleverly laid a trap for Kerry, planting the question, midcampaign: 'If you knew everything you know 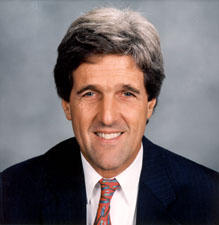 now about Iraq (no WMDs, no al-Qaida connection) would you still have voted for the war?' Astonishingly, Kerry said yes. Back on the campaign trail this year, Kerry needed no help from Rove. He lassoed himself. At a rally in California, the senator remarked to a group of students, 'You know, education, if you make the most of it, you study hard, you do your homework and you make and effort to be smart, you can do well. If you don't, you get stuck in Iraq.'"

Bode adds, "President Bush leaped on that like a hound on a lamb chop. 'The senator's suggestion that the men and women of our military are somehow uneducated is insulting and it is shameful,' said Bush, correctly. The final days of this campaign may be remembered not so much for the North Koreans exploding a nuclear bomb or Congressman Mark Foley trolling for teenage pages on his office computer. It will be remembered for what John Kerry claims was intended to be a joke. Kerry's gaffe led the network news, and on his radio show Don Imus told the

senator to go home, go to bed and stay out of sight. If Kerry is still harboring ideas of running for president again in 2008, he should fold the tent on that idea right now."