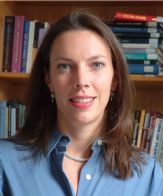 November 7, 2006, Greencastle, Ind. - Amanda D. Lotz, assistant professor of communication at the University of Michigan and 1996 graduate of DePauw University, has authored Redesigning Women: Television after the Network Era. The book, published by the University of Illinois Press, is the inaugural volume in the series, Feminist Studies and Media Culture. 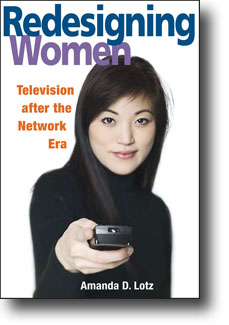 struggling with family commitments and occupational demands. After establishing this phenomenon's significance, Amanda D. Lotz explores the audience profile, the types of narrative and characters that recur, and changes to the industry landscape in the wake of media consolidation and a profusion of channels. Employing a cultural studies framework, Lotz examines whether the multiplicity of female-centric networks and narratives renders certain gender stereotypes uninhabitable, and how new dramatic portrayals of women have redefined narrative conventions. Redesigning Women also reveals how these changes led to narrowcasting, or the targeting of a niche segment of the overall audience, and the ways in which the new, sophisticated portrayals of women inspire sympathetic identification while also commodifying viewers into a marketable demographic for advertisers."

Order the book at Amazon.com or Barnes & Noble.com.

Read more about Amanda Lotz in this previous story.