February 2, 2007, Greencastle, Ind. - Mike Wanchic, longtime guitarist for John Mellencamp and member of DePauw University's Class of 1974, was among the presenters at the fifth annual iHollywood Forum, Inc. Music 2.0 summit. The event, held this week in Los Angeles, is billed as "the leading U.S. conference about the future of the music business."

Wanchic serves as vice president and musical director of Digonex. Read more about the summit by clicking here.

The musician is also getting media mentions for his contributions to Mellencamp's new album, Freedom's Road, which was released January 23. "As usual, Mellencamp wraps his commentary in moody heartland rock, played with spare intensity by his longtime band and given plenty of bite by the twin guitars of Andy York and Mike Wanchic," notes an Associated Press review that 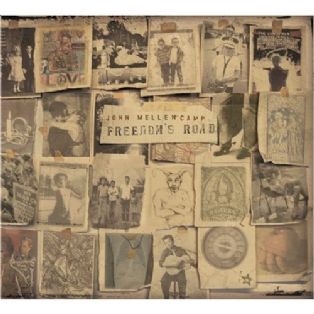 was published in dozens of newspapers. Ohio's Akron Beacon Journal noted, "The whole album has a moody, '60s garage rock warmth, with Mike Wanchic's twangy guitar and Miriam Sturm's gypsy violin providing a psychedelic undercurrent." The Buffalo News opined, "Mellencamp has been a masterful record-maker ever since he and longtime guitarist Mike Wanchic began producing their albums themselves."

Wanchic has co-produced nine albums with John Mellencamp and played guitar in the heartland rocker's band for 30 years, leading the ensemble for much of that time. "For me, DePauw was a great experience," Wanchic told Greencastle's Banner-Graphic in December.

Read more in this previous story.