DePauw, unranked throughout the season, earned an at-large bid to the Division III Championship and then won all four regional games last weekend. The Tigers, making their first NCAA appearance, defeated Allegheny and Alma and then topped Bridgewater once each on Saturday and Sunday.

Moravian is 35-5 on the season and earned automatic qualification into the Division III Championship by winning the Commonwealth Conference title. The Greyhounds then won all three games in the NCAA Division III Regional. 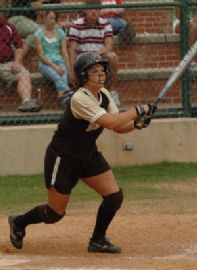 All of DePauw's games can be heard live on WGRE (91.5) and on the Internet. Live stats as well as live video and other audio is available for the games through links on the host site.