Loyalty Can Be a Liability, Asserts Prof. Ken Bode

June 22, 2007, Greencastle, Ind. - With the beginning of the Reagan administration in 1981, Ken Bode writes, "conservative think tanks in Washington were on a mission to repopulate the federal bureaucracy, and political pedigree would be a top consideration. Experience and competence were good, but loyalty and orthodoxy trumped everything." DePauw University's Eugene S. Pulliam Distinguished Visiting Professor of Journalism uses his Indianapolis Star op-ed this week to discuss, "When loyalty is a liability."

Bode continues, "That has been the civic ethic of Republican political administrations ever since, none more so than this one. It is why we have U.S. attorney nominees being vetted for their politics and sitting U.S. attorneys terminated for insufficient support of the Bush political agenda. It is why applicants for jobs as far apart as the Justice Department in Washington and the Coalition Provisional Authority in Baghdad were asked the same question: Where do you stand on Roe v. Wade? It's why an investment 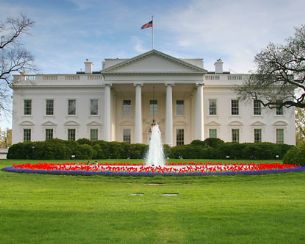 banker and major Republican donor, Thomas Foley, was chosen to manage the privatization of Iraq's industries. No relevant experience, but Foley was President Bush's classmate at the Harvard Business School."

The professor acknowledges, "Sure, Democrats also apply litmus tests of loyalty and politics. But they sometimes have trouble getting it right. Case in point: Janet Reno, Bill Clinton's third attempt to satisfy Hillary's demand for a female attorney general. Loyalty? Clinton hardly knew the woman, and he paid the consequences. By the end of his first term, a third of his Cabinet was facing independent counsels, including, of course, Kenneth Starr investigating the president himself. So, why do you think Mr. Bush is standing by his ethically challenged attorney general? Whatever else, Alberto Gonzalez is a loyal Bushie."

The column concludes with Bode noting, "Reagan biographer Richard Reeves reports that more than 40 of the

president's first-term appointees 'had been forced to resign because of conflicts of interest that might be common in the upper reaches of American business but were against the law in government.' Loyal and politically correct they were, but also ethically challenged."