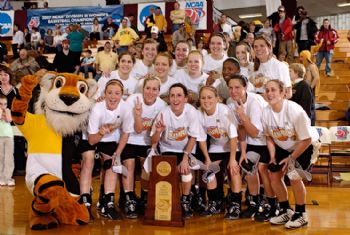 DePauw totaled 547 points for its second-best finish in the 12-year history of the program after finishing 13th last year. Williams College (Mass.) won its 11th Directors' Cup in the last 12 years after finishing with 1137.5 points. The Tigers' 15th-place showing also marked the 12th time in as many years that DePauw ranked ahead of all other Indiana Division III institutions. 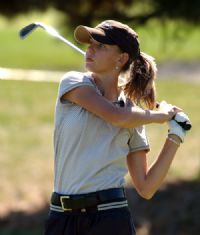 The Tigers' women's golf team, a top-four finisher in Division III each of the last six years, posted its best finish in school history when it finished second in May.

DePauw's softball team, making its first appearance in the NCAA postseason, placed fifth in the nation, while the men's tennis team finished in a tie for fifth and the women's tennis squad tied for ninth.

Other teams competing in NCAA postseason play during the year included women's cross country, women's soccer and men's basketball. The men's and women's swimming and diving teams also placed at their respective national championships as they were represented by individuals.

DePauw teams finished the year with a 232-80 record for a .744 winning percentage as the Tigers captured their second consecutive Southern Collegiate Athletic Conference President's Trophy.