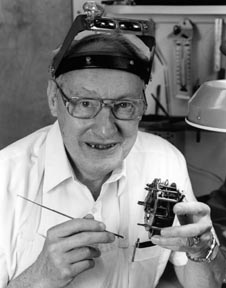 December 4, 1986, Greencastle, Ind. - "As a rule, when professors at DePauw University in Greencastle, Indiana, take a sabbatical, they go back to school, do research in their field, or write a book," begins a story in the latest issue of Modern Maturity. "On his last sabbbatical, however, Clinton Gass, a professor of mathematics, did something a little different. He took a correspondence course in clock repair. It was time well spent. Gass, 66, who retired from DePauw in May, is now busy repairing clocks out of his home," reports the magazine.

"I don't advertise and I am not in the business, but people call me," says Dr. Gass, who estimates he fixed about 50 clocks in the first six months of this year. The emeritus professor has been a clock collector since 1966, when he built a "grandmother" clock as part of a woodworking hobby.

"Allowing professors over the age of 60 to use salaried sabbatical time to prepare for retirement is one of several ways DePauw, a private, undergraduate, liberal arts institution, is making the switch to retirement easier for its 157-member faculty," notes the publication. "Tom Mont, athletic director for the school who is planning to retire this coming June, spent the fall of last year studying to earn a real estate license. In all his 28 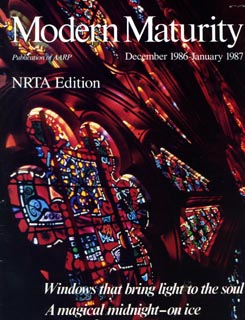 years at DePauw, Mont, who used to play professional football, never had taken a sabbatical because of conflicts with his coaching schedule." Mont jokes, "I found out, for the first time since I was in junior high school, that fall was a great season."

The story also points out that "Dan Hanna, professor of music education and director of the school band, will be apprenticing to learn about instrument repair this spring" as he prepares for a Spring 1988 retirement from teaching.

"It's an opportunity to look ahead into the future for yourself -- not the University," Hanna says. "This, at the end of a career, gives you the chance to be a little selfish."

In May, NBC's Today broadcast a lengthy feature on DePauw's pre-sabbatical retirement program, featuring interviews with Gass, Mont and Hanna.  Access video clips via this story.