August 30, 2007, Greencastle, Ind. - Wayne Perry, the winningest coach in Indiana collegiate football history and 1972 graduate of DePauw University, will retire as head football coach at Hanover College at the conclusion of the 2007 season. Perry, who has guided Hanover's gridiron program since 1982, will move into a position to lead Hanover's athletic fund-raising initiatives and coach the College's men's and women's golf programs.

"I have decided to step down as the head football coach so that I can use the time, effort and my experiences to help the entire department in its future athletic visions," says Perry, whose team begins play Saturday at home against Thomas More College.

Heading into his 26th and final season as head coach, Perry has a172-81-2 record. He became the winningest coach in Indiana collegiate football history on October 1, 2005 with a 41-35 overtime victory against the College of Mount St. Joseph (Ohio), surpassing Butler University legend Tony 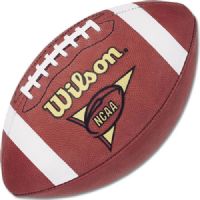 Under Perry's guidance, Hanover has won eight conference titles, made nine trips to the national playoffs, and posted each of the school's 10-win seasons. Twenty-six of his players have been named to 44 all-American teams over the years.

"A native of Madison, Ind., Perry played on both the offensive and defensive lines at DePauw University, where he earned his bachelor's (1972) and master's degrees (1974)," notes an announcement from Hanover. "Following two years as a graduate assistant coach at DePauw, he was head coach at East Central High School from 1974 to 1978."