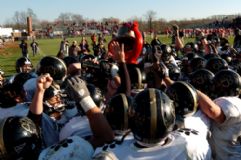 September 11, 2007, Greencastle, Ind. - In the new DVD collection, ESPNU Honor Roll: The Best of College Football, "There's something for everyone, even the little guys," writes Al Lesar in today's South Bend Tribune. He notes that "Wabash-DePauw got an honorable mention nod" in the program's look at college football's greatest rivalries.

The Lafayette-Lehigh rivalry was chosen as the ninth best, Grambling-Southern was eighth and Harvard-Yale seventh," Lesar reports. "By the way, Notre Dame-Southern Cal was sixth, Ohio State-Michigan second and Alabama-Auburn No. 1."

Access the complete column at the newspaper's Web site. 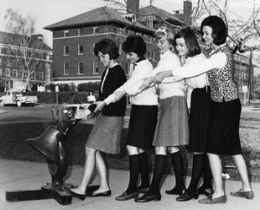 The 114th battle for the Monon Bell will be played at DePauw's Blackstock Stadium on November 10. The game will be televised live by HDNet.