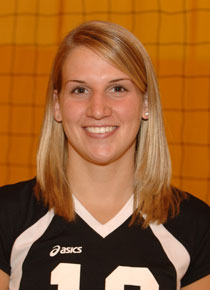 Hamer hit .424 with 41 kills and just five errors in 85 total attacks at the SCAC Central/East Divisional #2. The senior middle hitter led the her team to a 3-1 mark at the Divisional - which catapulted the Tigers to a No. 5 seed at the upcoming SCAC Volleyball Tournament.

Hamer averaged 4.10 kills and 1.40 blocks per game and also had two service aces and six digs. She is the league's all-time leader in career blocks per game (1.45) and her 513 total blocks is currently seventh on the SCAC all-time list.