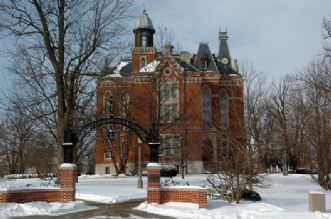 November 28, 2007, Greencastle, Ind. - On Sunday, December 2, the combined choirs of DePauw University will present their final concert of the fall semester. The program, "A Winter Choral Concert," will take place at 3 p.m. in Kresge Auditorium of the Green Center for the Performing Arts. The performance is free and open to the public.

The concert will feature two sections -- "Songs of Innocence" and "Songs of Joy." The first will contain a variety of music ranging from 15th and 16th century songs to works by Benjamin Britten and Tellu Turkka. The second section will feature the concert highlight, Chichester Psalms by Leonard Bernstein. The combined choirs will join with Carla Edwards, organ; Harriet Moore, harp; Jay White, countertenor; and the DePauw Percussion Ensemble, directed by Amy Lynn Barber. 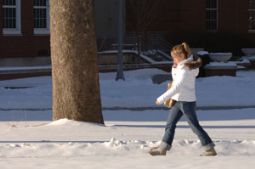 The Chichester Psalms, premiered in 1965, consists of several psalms in three movements. The entire piece will be performed in Hebrew.