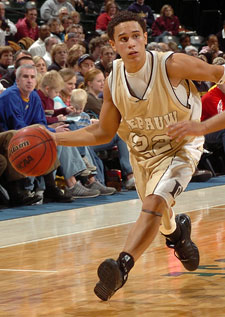 Moore was named MVP of the Mike Rokicki Community Versus Cancer Challenge as the Tigers went 2-0 and captured the tourney title.

On the season, Moore is averaging 15.3 points (12th in the SCAC) and a league-leading 9.25 assists per game. He is shooting 43.8% from the field and 84.0% (ninth in the SCAC) from the foul line. Moore's 3.0 three-point field goals made per game is good for a tie for sixth in the conference