Tigers Ranked in Both National Polls 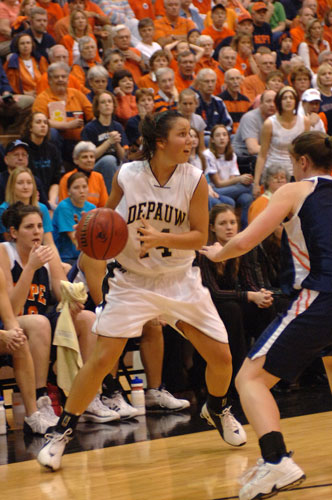 January 15, 2008, Greencastle, Ind. - The 11-3 Tigers dropped one spot to 13th in the D3hoops.com poll and fell six places to 17th in the coaches' poll after defeating Rhodes and losing at Birmingham-Southern last weekend.

The Tigers totaled 284 points in the D3hoops.com Top 25 Poll which is topped by Hope College with 613 points and 17 first-place votes.

The Tigers travel to Colorado College on Friday for a 6 p.m. MST contest and then face Austin at Noon CST on Sunday. Both games can be heard on WGRE (91.5 FM).