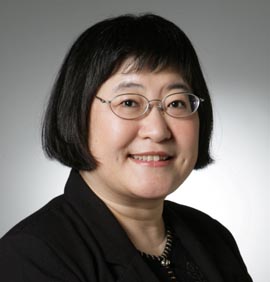 February 6, 2008, Greencastle, Ind. - Chen Yi, the distinguished Chinese American composer, will be the guest composer for this year’s "Music of the 21st Century," the DePauw University School of Music’s annual program which features a composer-in-residence. The residency will begin on Wednesday, February 13, and continue through Sunday, February 17, with all events taking place in the Judson and Joyce Green Center for the Arts. "Music of the 21st Century" will include master classes, coachings, two concerts with DePauw students and faculty, and a convocation -- all of which are free and open to the public.

Chen Yi is the Lorena Searcy Cravens/Millsap/Missouri Distinguished Professor of Composition at the Conservatory of the University of Missouri-Kansas City, where she has taught since 1998. Her music combines Chinese and Western traditions in a way that transcends cultural and musical boundaries. By integrating such elements such as Eastern pentatonic tonalities, traditional Chinese instruments, Chinese folk music, and Eastern spiritual values with contemporary Western orchestral and choral idioms, she has created music that 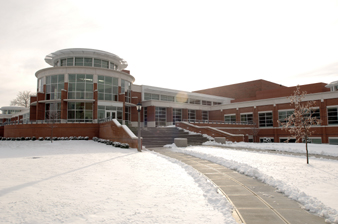 Born in 1953 in Guangzhou, China, Chen Yi studied violin and piano from the age of three. During the difficult time of the Cultural Revolution in the 1960’s, she was sent into forced labor in the countryside for two years, working twelve hours a day building military fortifications, and separated from her family. She credits this experience with providing her with knowledge of the wider life and music of her motherland and its people.

In 1977, Chen Yi enrolled in the Beijing Central Conservatory and was the first woman in China to receive the degree of master of arts in composition. In 1993 she received the doctor of musical arts with distinction from Columbia University, and was appointed composer-in-residencewith the Women’s Philharmonic, Chanticleer, and the Aptos Creative Arts Center in San Francisco. She has also been on the composition faculty of the Peabody Institute of the Johns Hopkins University.

Highlights of Dr. Chen’s visit will be a convocation -- “A Conversation with Chen Yi” -- on Thursday, February 13 at 1 p.m. in Thompson Recital Hall, as well as a chamber music concert 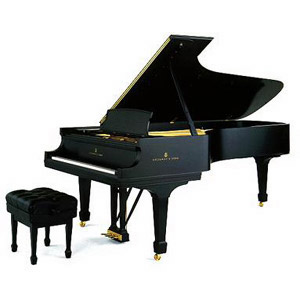 at 7:30 p.m. that evening in the same venue. The residency will conclude with a concert on Sunday, February 17, at 3 p.m. in Kresge Auditorium featuring the DePauw Symphony Orchestra, DePauw University Band, DePauw Chamber Singers, and DePauw University Chorus.

"Music of the 21st Century" brings some of the world’s most outstanding composers to DePauw. Past guests have included George Crumb, Jake Heggie, Augusta Read Thomas, and Tania Leon. The series provides students and faculty members a special opportunity for personal interaction with these composers, and to study, perform, and share with our audiences the music of our time. The 2008 edition of "Music of the 21st Century" is supported by a gift from Robert and Margaret Schmidt, both members of the DePauw Class of 1969.

For more information and a full schedule, visit www.depauw.edu/music/events/21stcentury, or contact albarber@depauw.edu.