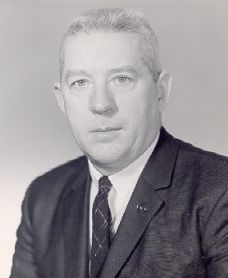 May 29, 1986, Greencastle, Ind. - Charles C. Bates, a noted oceanographer and 1939 graduate of DePauw University, has authored America's Weather Warriors, 1814-1985. Published by Texas A&M University Press, the book traces how weather has affected war for the past 170 years through four major American conflicts.

Bates follows the creation of separate meteorological observation networks by the U.S. Army and Navy more than 125 years ago. Together, with the help of allied forces, they eventually built the world's first global weather network during World War II. The saga then moves on to describe ups-and-downs of the post-World War II period, including the extensive use of aerial and satellite weather reconnaissance as well as weather guerillas during the secret war in southeast Asia.

Col. Bates, now retired from the United States Air Force, served as scientific and technical director of the Naval Oceanographic Office from 1964 to 1968.